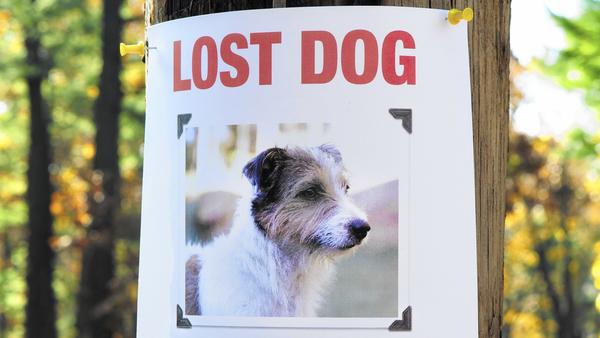 A recent investigation of Cook County’s Department of Animal and Rabies Control revealed the agency lacks a system for reuniting lost pets with their families. (Jeffrey Coolidge / Image Bank)

Members of the animal welfare community are pleased that a Cook County inspector general’s report has highlighted shortcomings in the county’s Department of Animal and Rabies Control. The question now, though, is whether the report went far enough and whether anything will come of it.

Released Aug. 21, the report confirmed frequent criticisms that the department falls short in reuniting lost pets with their owners, is hamstrung by outdated technology and doesn’t operate in an efficient manner. It also recommended the department work with shelters and other animal groups.

“I think they covered the important things — a centralized website, have it accessible so animal control officers or law enforcement officers can scan a (found) dog and go into the system, and that dog doesn’t even have to go into a shelter,” says Susan Taney, founder of Lost Dogs Illinois, an organization that works to unite pet owners with their lost animals.

One problem, she says, is that the Animal Welfare League, where many of the strays the county collects end up, does not post photos of found dogs or dogs that have been brought in. It does post photos of adoptable dogs. So if a dog is brought in and the owner does not claim it, in three days it’s made available for adoption. There have been recent cases of dogs being found and then adopted out to new homes before their owners could find them, she says.

“By doing what the audit report suggested plus standardizing fees and hold periods, it would go a long way to improving the animal control system in Cook County,” she says. “Pets are family members. We need to keep these families together.”

Jay Pennington, a Texas software designer and animal advocate who has worked with other municipal animal control departments, agrees. He started his nonprofit, Pet Search and Rescue, and set up a system to track animals 12 years ago after his cat was lost in San Antonio. He says he spent days going to various shelters and animal control facilities looking for the cat because there was no central database.
“Soon after I developed my system, the San Antonio pound received national attention as putting down more pets than any other major city,” he says. “The city manager called me in to help, and my central database system has been in use ever since. Every pet that comes into a pound situation is photographed, identified and uploaded to my database the same day they arrive. The general public also uploads their lost pets and also when they’ve found a pet. The area adoption entities also upload their adoptable pets. The result is that if you think your pet has been picked up by any pound facility, you check one website.”

He estimates “hundreds, probably thousands” of pets have been returned home and says the number of pet deaths at pounds has been greatly reduced. He has offered Cook County the use of the system.

Justin Shlensky, an associate attorney at Kozar Law Office and a member of the Chicago Bar Association’s Animal Law Committee, says he is “highly disappointed” that the report recommended the department “merely comply with the minimum requirements as stated in the ordinance,” such as the requirement for two facilities to hold stray animals. Currently, there is only one, the Animal Welfare League.

Shlensky agrees with the IG, Taney and Pennington that the database needs an overhaul.

“Part of what the Animal Law Committee did was comparables,” he says of the group’s recent work. “We looked at eight of the 10 largest counties in the United States (Cook County is No. 2). We found, of the other eight we were able to gain information from, Cook County was severely lacking in a database. I think Cook County has an obligation to taxpayers and those who buy rabies tags to have a database.”

Pennington, who was interviewed by investigators from the inspector general’s office, is sure he can help.

“When you lose your pet, you would go to the one Chicago pets website,” he explains. “You first check to see if it is at one of the pound facilities. If not, then you look at the general public ‘Found’ page to see if a neighbor has your pet. If not, then you post as a Lost pet and generate a flier that doesn’t list any of your personal data. Each night you get an email of all pets of your pet’s breed that came into Chicago’s various pounds that day and any posted Found pets. Often there are animal lovers who will try to cross reference the Lost pet lists with the Pound lists and message pet owners of their pet possibly being at the pound.”

The report, which followed a six-month investigation by the inspector general’s office, also found shortcomings in other areas. It cited four instances of noncompliance with a policy, regulation, ordinance or collective bargaining agreement; it called for regularly scheduled training for the department’s animal control officers; it concluded there was “a lack of professionalism regarding the intake and dispatch of incoming calls for assistance and complaints” and said the current method of dispatching calls is “inefficient and ineffective”; it recommended a more proactive approach, through the establishment of a hotline and website, to enforce the prohibition of the sale of commercially bred dogs, cats and rabbits in pet shops; and it said that the department’s proposal to build a facility, to be funded by the department at a cost between $6.03 million and $9.9 million, was unsound because of a lack of support or explanations of revenue projections and a lack of cost analyses. It labeled the proposal “speculative.”

The inspector general asked that the board inform him of any actions taken on the recommendations within 30 days.