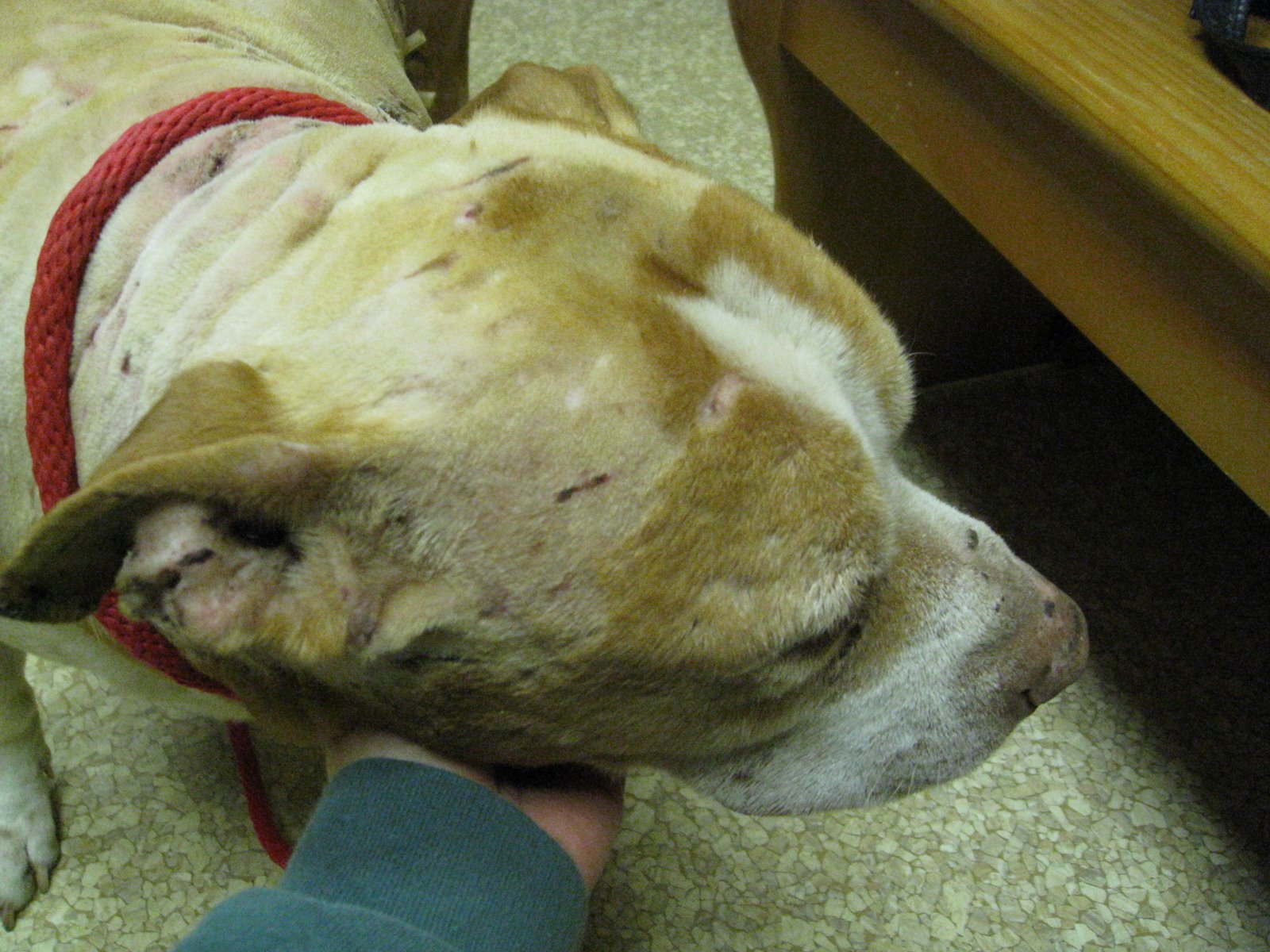 Trooper is a pit bull mix that was literally dragged to a veterinarian’s office. Trooper was bitten, abused and stabbed.

Liz Bagley, founder and president of Making a Difference Rescue, is no stranger to the horrors of dog fighting.

In her time as a rescuer, she has seen more than her share of animals who have been abandoned, abused or nearly killed.

But the story of Trooper really tugs at her heartstrings.

Trooper is a pit bull mix that was literally dragged to a veterinarian’s office. Although the person who dragged Trooper to the vet on his leash was seen on video footage, that footage is too blurry to make an identification. Trooper was bitten, abused and stabbed.

“I was first contacted by Romeoville Animal Control,” Bagley, of Channahon, said. “Of course, they know of my passion of saving the animals.”

Working with Making a Difference rescue, the A American Veterinarian Hospital’s Dr. Dennis Augustin set about getting Trooper better.

Initially, it took more than 60 staples and stitches to close at least two stab wounds and numerous bites across Trooper’s body. Bagley said the injuries were so bad, the nurses had trouble finding a place to pet Trooper that had not been injured.

Despite all this abuse, though, Bagley said Trooper’s personality was more like that of a family pet than of an abused animal.

“For the pain that this dog is in, this dog has never growled, snapped, nothing,” she said.

Add to that the fact that the dog is neutered and Bagley and those who have worked with Trooper believe at some point this dog was someone’s pet.

Those who use dogs as bait in dog fighting would not bother spending money or time to neuter a dog. Bagely said she believes Trooper was either stolen from someone’s home, given away in a free-to-a-good-home ad, or adopted out of a rescue that did not do thorough enough checking on where the dog was going.

On Saturday, although Trooper was healing in some areas, he required additional surgery to cut out additional infected and dead tissue from two of the stabbing sites. After three hours of surgery, Trooper has more than 100 staples.

Trooper will have to wait until later this week to go to the home of his foster mom, who is anxiously awaiting his arrival.

Once he does go home Trooper will have to return to the vet very two or three days for antibiotics.